Struggling with the Goddes: in search of self

This post is the next episode in my series on ‘asexuality and paganism‘. In this post I’ll be exploring the link with gender, and how being asexual can cause us to struggle with gender questions.  This is my personal story of how Paganism both caused these questions to be more acute, but also ultimately, helped me to (start) resolving them.

In struggling with my sexuality, I seemed to have lost my connection to the woman within myself at some point. A fact which, for quite some time, I chose to (try to) ignore: I had sort of settled for being ‘blissfully unhappy’ (i.e., knowing deep down that something was off, but just continuing to run away from that realization as hard as you can… ).

One of the things that becoming a Pagan has done for me, is somehow force me to stop, breathe, and allowing these hidden wounds to start coming to the surface. Now, probably one of the first notions any new Pagan will come across, is that of the Goddess and the Divine feminine.

And I realized that I had no idea who She was. Probably because I had no idea who I was, either. I had embraced my sexuality as being a-sexual. It was very liberating to do so, finally allowing me to embrace the idea that if I was not like other people, then that wasn’t because I was a social failure. At the same time, my sense of identity started falling apart. For what else was I ‘not’?

If I wasn’t part of the sexual world, could I still lay claim to the word woman? Walking away from sexuality was like walking away from all reference points that are usually used to ‘define’ what it meant to be a woman. Yes, I had breasts, a vagina, I was menstruating. So yes, in a strictly biological sense, there was no doubt that I was female. However, I realized now that it was very likely that none of these body-parts were ever going to be used for the thing they were meant for. They were part of my body, but seemingly not part of my identity. If I was going to identify as a woman, then my body, female as it might be, was not the reason why.

Time to look elsewhere then. Paganism gave some hints, stating that water and earth were associated to the feminine, and earth and fire were connected to the masculine. Was this helpful? Thrice no. I am an Aries sun, and so the element that I identify with most strongly would be fire. The element that I felt the strongest disconnect to, especially at the time when I started these explorations, was water… As you can imagine, this created more confusion than anything else… Who was I??

It would be fair to say that at the time, I found being around ‘real’ women to be a very scary thing. Because their very existence seemed to confirm how I was a fraud, desperately trying to play the part, but really trying to hide that I had no idea what that meant. What I could not see at that time was that my definition of ‘real’ was as faulty as it could possibly be. It referred to those who looked the part, who were beautiful and sexy, the kind that you would come across in commercials. And so I’ll apologize to them. For I admit that for a time I was almost unable to see the person within, because I was too focused on seeing them as a confirmation of all that I was not. 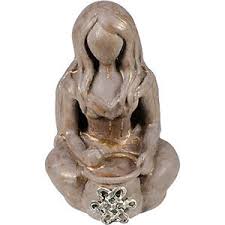 Where to run to then? For a short period, I even allowed myself to entertain the notion that maybe the solution was that I was actually trans, with all that fire that I had within me. Luckily I realized pretty quickly that I was on the wrong trail there. (Wrong FOR ME, that is. Let me stress that in writing this, I am only talking about myself, and I have no intention to in any way question other people’s lived experience. You do you.)

But it also made me read quite a bit of stuff written by trans women. For it seemed to me that, if anyone would know the answer, well, wouldn’t they be the ones who had the most ‘pure’ understanding of what it meant to be women? If they could manage to correctly identify themselves as women, even though they were in a different kind of body… Surely I would be able to find the answer there? Another disappointment. Anytime the question of ‘how do you know’ was posed, the answer seemed to be something like, because ‘I just know that is who I really am’, or ‘that is just how I feel on the inside’.

Well, I can tell you that I, for one, wasn’t feeling it. Maybe then, that was because, once again, I actually wasn’t anything at all? And so I began to retreat more and more into trying to identify as agender, as seeing myself as simply ‘person’, and nothing more than that. It felt like a safe place to retreat, but deep down, it also felt a bit like running away from the world, in those few moments when I allowed myself to admit it…

Even as I was seriously questioning my gender identity, it would seem that Someone else wasn’t. Quite the opposite, in fact. She called me out on the way in which I had started to systematically block anything marked ‘feminine’ as having nothing to do with who I was. And I can tell you that having to face the anger of a goddess is NOT a fun experience, even if this was not a face-to-face confrontation. The way this happened was through a series of channeled messages, sent to me by a friend who is a priestess of Isis. And Isis is not one to mince her words: she’ll say things as they are: just imagine your mother being very angry at you, where the core of her motivation for yelling at you is that she loves you. Now take the divine equivalent of that.

That accusation felt profoundly unfair. It was not as if I hadn’t tried to connect. The way I saw it, I had simply given up on something that had never been mine in the first place. And so I rebelled. And I yelled back. And had some more rebukes thrown back at me (and if they are phrased with an undertone of love, these are actually the worst kind to have to face…) I honestly did not understand where she was coming from, but she had more than touched a nerve within me.

Until eventually, my resistance broke. It happened one day when I was sitting before my altar. One of the statues on there is of the Virgin Mary (I am not a christian, but I worship her as a protectress of the land and of sacred springs – I live in a country that is littered with tiny chapels devoted to her, ignoring her presence seemed like an absurd thing to do for one who claims to believe in the existence of many gods…). At the time, that statue was standing next to one of Cernunnos.

Was it the contrast between those masculine and feminine energies that made me come to this realization? Still wondering… But suddenly I understood with overwhelming clarity, that that soft caring energy of Mary was very similar to my own. That this was an aspect of myself that I was repressing, and that in doing so I was living as only half of me. And I just. broke. down. I started crying, allowing all of these emotions to flow out all at once, as I felt my walls being torn down by Her.

I still do not fully understand what it means to be woman. Women-only events still scare me. But  there is something deep inside of me that somehow seems to respond to that name. Something that colours the way in which I interact with the world. Something that I am on a journey to try to understand, to become whole again as I try to re-embrace her as part of me.

To finish this post, let me share with you the words that Isis sent me recently. Not as a rebuke this time, but as a stepping stone on my journey. And they just might be useful to some of you as well…

Musings on the divine feminine

What does it mean to be a woman? Is it part of our body that is shaping our soul, or does the soul residing in the body determine the characteristics of the flesh? Or is all of that inessential, and do we need to look elsewhere for answers?

Or is this a mystery that is just too complex to have a simple and concise answer?

The reason so many struggle with this question is because we live in a society that forces answers on us that are not based in what matters at the soul level, but on the roles we are supposed to play in life. Mostly, that is the role of child-bearer. And mother, and wife.

Only rarely is the role of a women described in terms of how strong we are and how we possess a tenacity and endurance and fighting power that far surpasses that of the male half of society.

What does it mean to take control of your destiny? To be prepared to give up your own essential identity to care for those around you? To not be afraid to give all of yourself in the service of life itself? Or simply, to enjoy the beauty of the world around you?

It means that you are the woman you are supposed to be. It means that you have found your place in life. Note that empowerment and self-sacrifice are not at all contradictory in this. Standing in your power means that you control what you have to give, and that you set the terms under which you will give it. That you embrace the fact that your life is yours to give, not someone else’s to take.

What is strength? It is knowing what will break you and not giving in to that. It means knowing when to fight, and being prepared to give it your all when the time comes. Whatever happens, you can tame the lion if you find the strength that is your birthright.

What is weakness? What is that? Who determines that? Is it relinquishing control and putting your life in service to another, or is it not daring to swim for fear that you might drown? Whenever you think yourself weak and undeserving of love, that is when you are weak. Not when it is the call of another that you follow willingly.

Woman, find your strength in giving, your empowerment in the fact that you choose who to give to, and your weakness in denying yourself the chance to fight for your own dignity. You are what keeps the world turning, and you are the source of renewal without which the world would not exist.

Claim your rightful place. Be proud. Accept your power to be that of giving yourself.