Seeds of revolution: why winter is a necessity before spring can come.

Do you believe in the idea that we were all born for a reason? That we are here to learn certain lessons during our lifetime? Then maybe try to actually really live that belief. For why else try to move on? If there is nothing positive to be gained from being right here, right now?

And maybe that lesson should be the courage to give up and allow winter to set in. For it would allow us time to sit back and think about the future in a way that is not possible as long as we believe in the Myth of Progress: if the only way forward is continual growth, then the future is indeed very,very bleak.

So why not simply step away from it? There are so many ways in which you can turn your back on it right now. The easiest is probably the tyranny of the New and Fresh possessions that are supposed to make us into who we are. It is largely that myth that has accelerated our destruction of this planet. 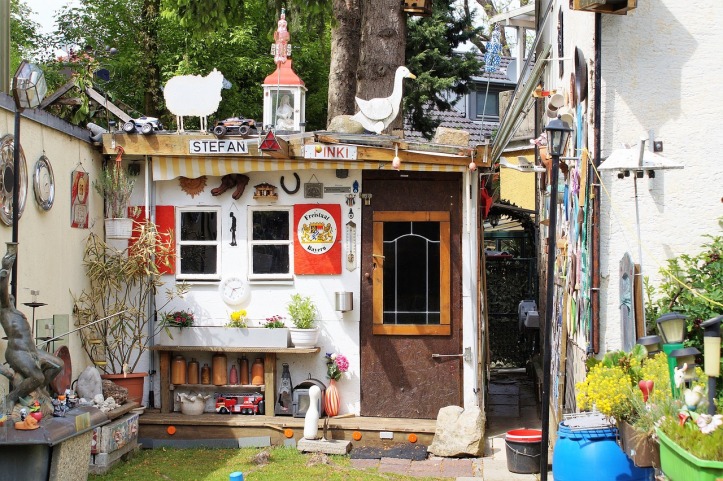 Why do people throw away perfectly good items to replace them with lifeless junk? Because they believe it will make them happy. What it does instead is suck them dry.

And so I invite you to go through your house and hold a pre-spring discovery tour. Take out those things that have been hidden in the cupboards for many years, and think about your relationship to them.

Then you will probably notice just how much stuff you own that means absolutely nothing to you, but is just adding to the clutter. What to do with everything else then? Do you throw it away? Or what else?

And here I will suggest something different to what all the gurus try to tell you these days: do not throw anything away. For if you throw it away, you will lose the richness of the past, and be forced to buy into the tyranny of newness from now onwards. But also keep yourself free by giving away things to others when you are certain they will use them well. Or use them as resources for your next creative project: you would be surprised just how much can be reused if you become less rigid about its potential purposes.

Imagine a world where we are all able to both let go of things easily as well as truly honour them. A world where the past becomes an adventure to enrich us rather than make us slaves to potential. A world where sharing our surplus becomes the norm.

That way we create a state of winter. A time where we all have a chance to stand still and slow down, to reflect on our relation to the world and which are the things you really need.

And it will give us an opportunity to prepare for a real spring that is built on the treasures of the past rather than on its mistakes.